guess who's back. back again

greg is back. tell your friends.

So yeah, judging from that awful Eminem parody, it's obvious. I'm back. I bet you lifers are super excited. (Cecil said to call you that. Sounds cool enough I guess.) So yeah. Cecil and I made up. *Cue the awwwws* And I hope to continue writing on this blog.

Which is good enough I guess, but C is still freaking me sometimes with his glances over his shoulders and his small bouts of paranoia where he asks if "The black car is there".  Judging from the other posts on this blog, a car has been following him. That's creepy in itself, but something else sorta stood out.

The symbol Cecil drew in MS Paint, it looks exactly like the SCP Foundation symbol. 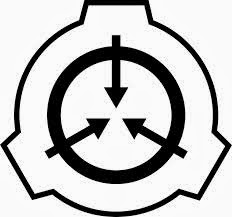 I mean DAMN. LOOK AT IT. CECIL JUST DREW THE SCP SYMBOL.

I don't know if he's trying to rationalize his paranoia or anything, but all that means is that I should keep a close eye on him. 'Cuz if he isn't playing a joke on me or you lifers, then he's gone borderline insane. Probably not! Just him playing a joke! I hope. - Gregory Shapely.